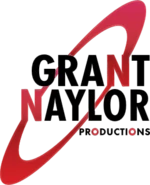 For most of the 2000s, Grant Naylor Productions under Doug Naylor was primarily focused on the production of the DVD releases of Red Dwarf, attempts to fund Red Dwarf: The Movie and eventually the return of Red Dwarf in the three part special Back to Earth. Since then, they have brought back the show as a proper series with Series X in 2012.