The song was performed and composed by Howard Goodall.

If you're in trouble he will save the day.

He's brave and he's fearless, come what may.

Without him the mission would go astray.

Without him life would be much grimmer.

He will never need a zimmer.

More reliable than a garden strimmer.

He's not bald, and his head doesn't glimmer.

Master of the wit and the repartee.

His command of space directives is uncanny.

How come he's such a genius?

And if you play your cards right

(In the extended version, the song continued on like this...)

We hope they fade us out before we get to "schlimmer".

Fade out you stupid blimmer! 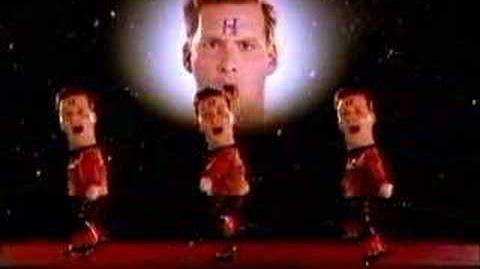 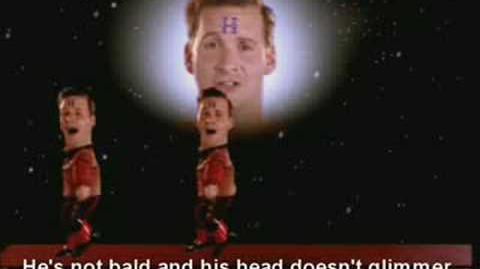