Tongue Tied is a song dreamed up by Cat ("Parallel Universe"). Watched by him on the Dream Recorder, he sang lead vocals while Dave Lister and Arnold Rimmer sang backup.

Howard Goodall wrote the music and Rob Grant and Doug Naylor wrote the lyrics. Instrumental versions can also be heard in the disco ("Parallel Universe"), in the Ganymede Holiday Inn ("Stasis Leak") and in the restaurant ("Better Than Life"), so it is possible Cat's dream was based on a song he had heard before.

The uncut "smegmix" of the "Parallel Universe" version of the song is on the Series II DVD. Craig Charles has stated that he did not enjoy making this video.

The music video featured Danny John-Jules (as The Cat and Duane Dibley), Craig Charles, Chris Barrie, Robert Llewellyn, Norman Lovett, Hattie Hayridge, Charles Augins and Clayton Mark (as Elvis Presley). Both Lovett and Hayridge participated, with both appearing as Holly. Charles Augins, who played Queeg, the fake Red Dwarf AI created by Holly as a joke, and who choreographed the original music video seen in the series also appears. At one point the audience sees Augins' head perform a complete rotation. This is the only time in the show that a hologramatic computer is seen from behind. 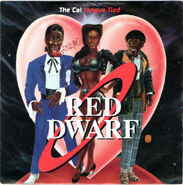 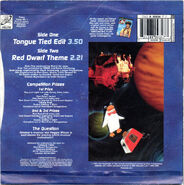 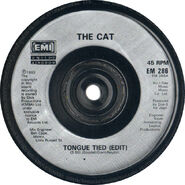 Note: Lyrics in italics are only in the uncut version of the song, which is also available on "Smeg Outs" and the Series II DVD.

When I saw you for the first time (first time)
My knees began to quiver (quiver)
And I got a funny feeling (feeling)
In my kidneys and my liver (digestive system baby)
My hands they started shakin' (shakin')
My heart began a-thumpin' (boom, boom, boom)
My breakfast left my body (huey, huey, huey)
Now darling tell me something

I saw you 'cross the dance floor (dancin')
I thought of birds and bees (reproductive system baby)
But when I tried to speak to ya (talk, talk)
My tongue unravelled to my knees (flippety-flippety-flop)
I tried to say "I love you" (love you)
But it came out kind of wrong, girl (wrong girl)
It sounded like "nunubididoo" (tongue tied)
Nuh-mur-nuh-murh-ni-nong-nurl 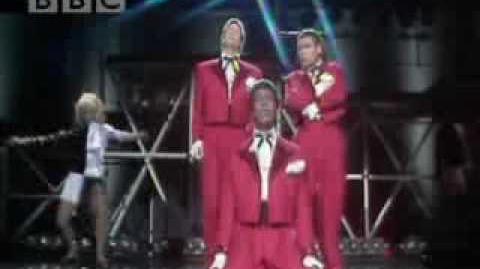 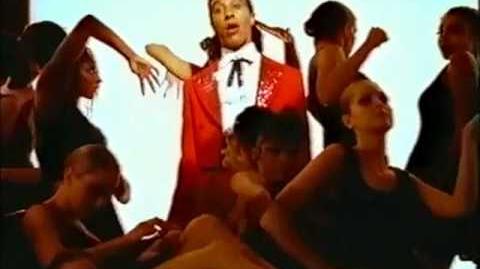